Our Staff at Green Magi Labs, Best Tricks and Tactics in PUBG Mobile South West Bridge to the Military Island.

Written in Collaboration by: Donald K.Wilson and Jasper E. Shotts

So not often does a game become so popular with a group globally to the level of every time you talk to a co-worker, or a client they are playing the same game. That game happens to be PUBG on the mobile phone. The game which is ran on the unreal engine 4, is the best PVP game since Nintendo’s James Bond Gold Eye. Our staff often plays Player Unknown Battlegrounds, on mobile phones and tablets between meetings and Work, at Green Magi Labs, so we have developed a few tactics that might improve your game play.
This walkthrough covers a tactics run that starts at the Campground cabins, near the South West Bridge to the military base. As you can see there are two sets of camp cabins with enough to gear up a team. Be sure to watch for shoots of other teams to be opening, as this area is sometimes popular. 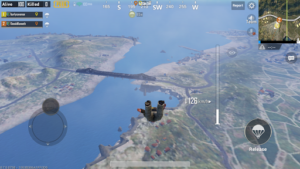 To make sure you understand the location, below is a screenshot of the map. 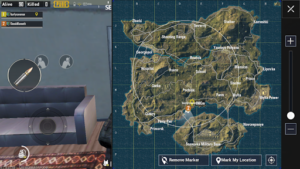 Once inside find armor, weapons, a backpack, smoke grenades, cocktail bombs, and get a can of gas. They sometime come in handy for refilling a car in an emergency, but they can also be used to trick other players, which will be shown later in this walkthrough. 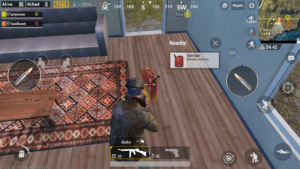 Next, head West down the hill to the Gas Station and the two story house, near the bridge. These places both sometimes have good gear, this is a common point of firefights so be careful. There is also often a car located here, in our run there was not one, so we had to ambush a team later in the walkthrough for one. 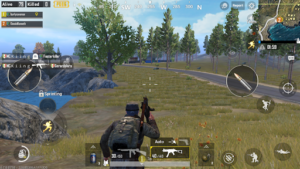 As you can see player 2 is at the Two story house searching it, as I move up to cover him. 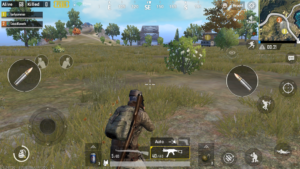 As you can see there is a barricade to use at the front of the Bridge of the military base, but this is not a great position. 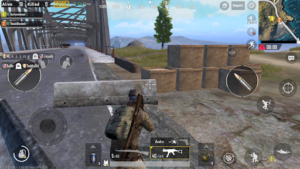 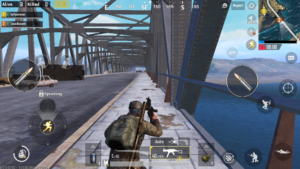 You simply must find an area constructed, as pictured below. Look at the picture, it must have the right angle to climb, and the faceplate at the top must be smooth or it will block you from climbing higher. 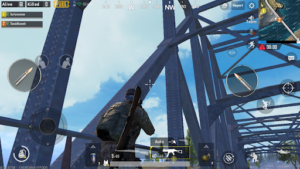 As you can see in the next picture, once up in the beams of the bridge you have an amazing tactical advantage. You will also notice, often people will not notice you till it is way too late. You can drop equipment for each other and render aid to revive from this position. Always remember to stay within distance to give tactical aid to you team members. This may come in the form of overwatch, heavy suppressive fire against an enemy position, or getting them back up when they go down. 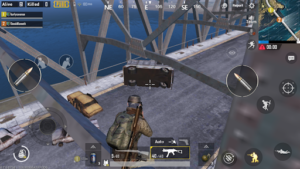 Of course once in while you will get in a fire fight and someone goes down. This is when staying calm and killing the threat is the main focus, neutralize the immediate threat, so you are still alive to get your ally up. 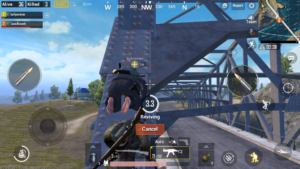 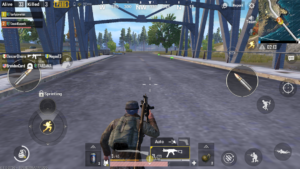 Sometimes you may prefer not to position up on the bridge, this next tip also involves using the terrain including structures to gain tactical advantage, against the enemy. 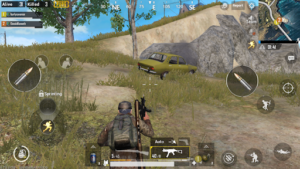 You will need a car, like the one we took from this team we neutralized. Next take it up to the safehouse seen above the car in the picture. You will notice this location has a good tactical position, but you are about to make it even better. 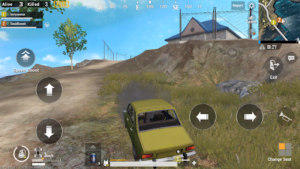 Drive up the hill and around the back. First you will want to protect your vehicle in case you need to use it to extract yourself and your team, due to heavy fighting or the circle moving. 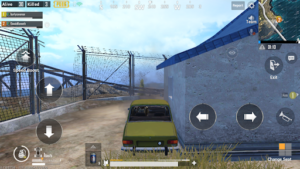 The real reason is that you will be using the car to take a position on the roof of the house. This will provide for an excellent overwatch position, while also allowing you to use the roof for cover against enemy fire. 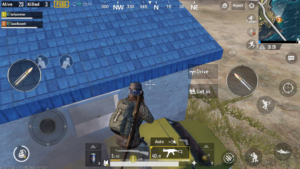 The elevation the roof gives you also provides for excellent advantage in the use of hand grenades in your tactical bag of tricks. 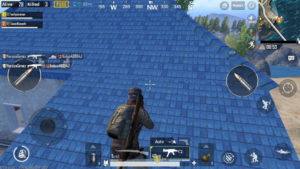 You can see you have an amazing field of view, you are going to want someone to have a good scope. If you are a good team, you should have at least one sniper, with a high powered scope and silencer. A heavy machine gunner for approaching vehicles is alway a good plus for any team, they can give firefight support, or shred a vehicle. 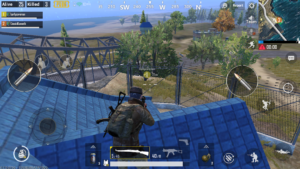 Sometimes you will want to have a forward position, usually armed with a assault weapon and silencer, while a scoped sniper provides overwatch.

From the roof you can cover the campgrounds that we originally landed at during this walk through. 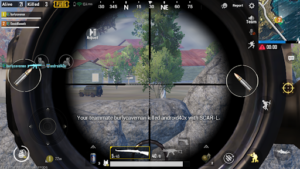 The gas station and the two story house with guardpost tower can also be covered from the rooftop. 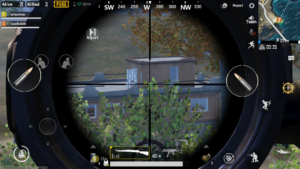 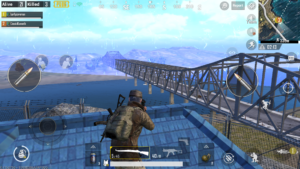 The gas can we grabbed earlier is going to come into play right at the end, if you have not needed it for gas. We all know half the battles come down to snipers hiding in the grass, using the Grass Snaking Tactic. This tactic is highly effective when combined with good clothing that provides camouflage to the terrain. If the enemy or you are patient, this becomes a tense point of the game and the deciding factor is who gives up their position without being able to resolve the conflict by neutralizing the enemy. 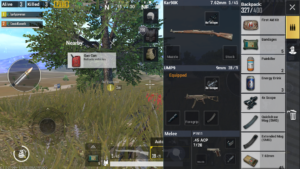 Right now you are going to drop the gas can in a position that a person would hide in, like thick grass. It is bright red and easy to spot. The enemy will often spot the red can and fire on it.  After the enemy fires on it, drop smoke on its position, to further reinforce that it is a valid enemy they have targeted. 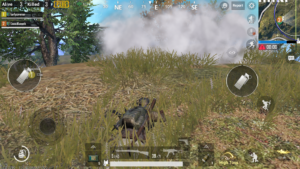 In this instance, as the enemy attacked the fake position, my ally engaged them with direct fire, while I grabbed a vehicle. I then drove around the enemy flanking him from the firefight he was engaged in with my team member, at which point I ran him over from his blindside. #1 rule always pay attention, because someone is alway trying to kill you and they may have allies. 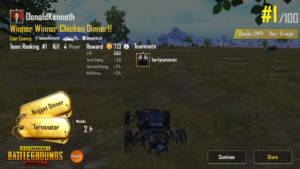