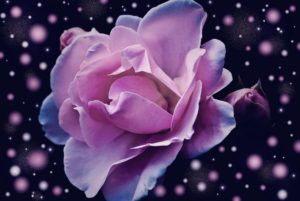 The rose has a long and rich history, as an amazingly fragrant and beautiful flower that augments any garden it is featured in.  Roses are heavy feeders, indicating roses should be fertilized regularly.  Roses require a moderate amount of nitrogen, phosphate and potassium (potash), referred to as N-P-K.  A variety of micronutrients play a vital role in a rose’s health.

One of the oldest roses still planted today is named Lancaster’s Red Rose.  Other names for it include Apothecary’s Rose, Old Red Damask and Rose of Provins.  This rose dates to 2000 B.C. and was discovered by ancient Persians and Egyptians and later adopted by the Romans.  The fragrant rose was exploited as a perfume in Charlemagne’s court.  The Royal Horticultural Society bestowed the award of garden merit upon this majestic plant.

Roses need moderate amounts of nitrogen.  Too little nitrogen results in yellowing of leaves and an abundance leads to very few flowers forming despite impressive growth.  Phosphorus boosts the number and size of flowers produced.  Potash aids in overall plant health.  Calcium helps build strong cell walls.  Magnesium is the metal used in photosynthesis, intensifies color and aids in flower production.  Sulfur and iron are used in moderate amounts for amazingly vivid looking roses.  Boron, copper, zinc and manganese are all needed in much smaller amounts, but should not be overlooked.

Roses prefer a slightly acidic soil, around pH six and a half.  Deep watering once or twice a week is preferable to frequent shallow watering.  Frequent watering can promote fungal diseases.  Roses need a minimum of six hours of sunlight, preferably early morning so dew and residual water can be evaporated.  Roses can be prone to aphids; to help avoid this plant garlic with your roses.  Roses don’t know the difference between chemical fertilizers and natural/organic varieties.  However, natural fertilizers are preferable for overall soil health and the environment.  Use a fertilizer that has a good mix of N-P-K and micronutrients.  An old timer’s trick is to place gypsum board and a 16-penny nail in the ground with the roses. The gypsum board is full of calcium and the nail rusts and provides iron to the roses.  Fertilizers with azomite and/or sea kelp meal ensure a variety of micronutrients are present so deficiencies are extremely unlikely.  Fertilizers like Gaia’s Virility (3-13-7) or Ambrosia’s Garden (7-4-3) will have your roses looking amazing.